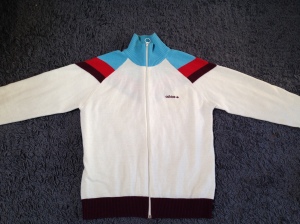 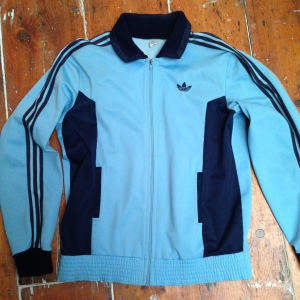 Disco Promoters Bodywork are following up their successful debut party (feat Al Kent) with a excellent guest hailing from France.

Their next party is going to be held @ The Love Inn, Bristol: Feat vinyl digger Waxist Selecta.  Check out their facebook event and details below.. ..well worth checking out.

Hand-picked from crates all over France, ‘Premier Pâtissier’ WAXIST SELECTA has a bag full of sugary Caribbean vibrations and rare Disco delicacies.

Don’t worry though gym freaks; there’ll still be a dash of Le Gym at The Love Inn.

Bodywork DJs – Hank Champagne & Prince of Persia – will ensure every calorie is danced off before the next FULL Body Workout.

Waxist’s vinyl obsession began out of necessity in his early teens. His passion for ‘Real & Tough’ Reggae music took him beyond CDs to rarer vinyl pressings.

He spent his youth trawling through crates firstly in Reggae Jam – a nationally renowned record store in his native Lyon – moving then to Grenoble, Paris and then anywhere in France with a reputation for Island rarities.

On this journey his tastes broadened to American R’n’B, Funk & Disco; finally striking gold with Jamaican crossovers of these genres.

Waxist breathes life back into Island Disco through his Red Stripe DiscoLabel. His first release, the stellar edit of Jennifer Lara’s cover “I’m in Love”, was intended to be a secret DJ weapon. After KON’s surprise request for a copy, a limited 100 pressings were made and a record label was born.

With the West Country so rich in Reggae & Disco, Waxist will be well at home.

Not sure what to say about this except… Fvcking Yes !
When it starts out I almost always think… hmm a little too fast for me… then once the keys drop in… that’s it, I’m lost in the groove. just lost. And it could literally just keep going. I wouldn’t care if it was half an hour long. Only a few weeks an already lots of needle time :)
Highly recommended.

Not sure when the digi is out but the vinyl is out now. Proper deep and funky disco… AL Kent Style.

Track 1 – “The Magic is Gone” …listen to this and you’ll disagree with the title. In-ya-face uptempo funk with a modern lick. Now this starts out heavy… the drums are tough and it’s somewhere in the 130 BPM region. Then the vocal lands and it all seems to smooth out without any change to the drums. A lot of music these days is either high energy or chilled out.. this combines the too well. something in part down to the vocal, which would be as equally at home on a 60’s funk record as it would on a nu-soul/jazz track.
Track 2 – Lovely little Hammond reprise. Works well in the mix with the OG. Allowing DJs a little extra creative free range.
Track 3 – And for the Broken Beat Headz there’s a Renegades of Jazz remix to boot. And as I mentioned before, the vocal lends itself micely to their style.

Yo Yo… fresh new from wax from Young Pulse ! Quality as always… and a message from the man himself:

Bonjour Jimmy and The Boogie Cafe followers !
I am glad to announce that my “Young Pulse : Paris Edits Vol.1” (G.A.M.M. Records) is now available on vinyl, and next week on digital (junodownload.com).
You’ll find my reworks of MJ, Minnie, AWB, and Mr. Ware !
Much love from France, and enjoy
Young Pulse

Boogie Cafe label boys and residents JimmyTheTwin and Alexandre Le Grande are being interviewed by none other than the legend that is Mikee Freedom tonight.

So we are delighted to be on his show, BCFM 93.2  from 8pm tonight. Dropping some of our favourite tracks and forthcoming releases, and generally chatting about influences, what we do and where we’re headed. The third cat in Boogie Cafe Records  (Hero73*) can’t make it tonight but will be there in spirit :)

Tune at 93.2 on your FM dial or for those further a field, listen @  www.bcfmradio.com